The festival’s first ever international collaboration with New York’s Successful literary series Happy Ending. The series, which combines literature, music, and art on one stage, was praised by The New York Times, New York Magazine, and others. It hosted the finest writers, musicians and illustrators, including Zadie Smith, Jennifer Egan, Lena Dunham, Moby, Laurie Anderson, Suzanne Vega, Gary Shteyngart, to name but a few.

The series is famous for its wild and witty humor and events that tend to take unexpected and exciting turns. The series’ founder and curator, Amanda Stern, sought out to present a different side of the participating writers – one that the public usually does not get to see. With this in mind, she asks each writer to take a risk and do something on stage he or she has never done before. No one knows what kind of a risk the writers will take, not even Stern, making each night in the series surprising and different. The event is accompanied by a live musician and an artist who draws the show as it unfolds while the results are projected in real time on a screen.

Amanda Stern will arrive in Israel to hold two special nights in the series as part of The Writers Festival – the first of future collaborations of this kind. The two nights will take place on the rooftop of Mishkenot, against the backdrop of Jerusalem’s spectacular scenery.

With the writers Alex Epstein, Shelly Oria, and Gary Shteyngart 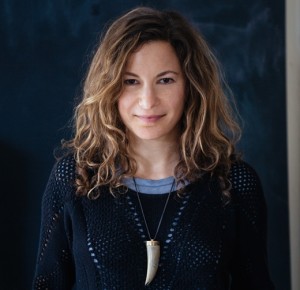 The event will be held in English

More in the Festival